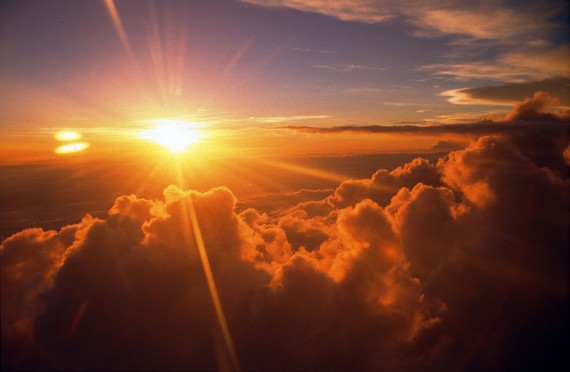 It was widely held in the Gaelic tradition that the Sun danced in the sky Easter Sunday morning. Various methods were employed to experience it. A 19th century account collected from Barbara Mc Phie of Dreimsdale Scotland by antiquarian Alexander Carmichael tells of her experience; ‘The glorious gold-bright sun was after rising on the crests of the great hills, and it was changing colour- green, purple, red, blood red, white, intense-white, and gold-white like the glory of the God of the elements to the children of men. It was dancing up and down in exultation at the joyous resurrection of the beloved Saviour of victory. To be thus privileged, a person must ascend to the top of the highest hill before sunrise, and believe that the God who makes the small blade of grass to grow is the same God who makes the large massive sun to move’ ( trans. From Scots Gallic).

This entry was posted in News. Bookmark the permalink.